You are at:Home»News»Appointments»New interim president and CEO at Nokian

Finnish tire maker Nokian has named Andrei Pantioukhov, 44, as interim president and CEO. Pantioukhov will also continue in his role as general manager of Russian operations. 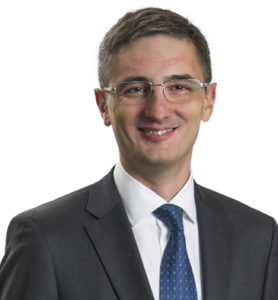 He has been with the company since 2004, a member of management since 2009, and executive VP since the beginning of 2016.