Site preparation at the new Triangle Tire factory in Edgecombe County, North Carolina, USA, is nearing completion. In December 2017 the company announced its plans to build the facility, which represents an investment of nearly US$580m. When operational around 800 people will be employed there from the local area. In the first phase the plant will produce passenger car tires and in phase two, commercial vehicle tires. Triangle Tire expects to have both phases completed by 2023. At this point it will have a capacity of six million tires annually. 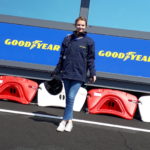 Rachel's career in journalism began around five years ago when she started working for UKi Media & Events, having recently graduated from Coventry University where she studied the subject. Her favourite aspect of the job is interviewing industry experts, including researchers, scientists, engineers and technicians, and learning more about the ground-breaking technologies and innovations that are shaping the future of the automotive and tire industries.