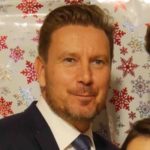 Cyrille Roget, technical and scientific communication director, Michelin Group, asks if it’s time to take the air out of tires, ahead of his presentation on the company’s new UPTIS puncture-proof airless prototype at next week’s Tire Technology Expo Conference.

Describe your presentation.
In the world of new mobilities and growing environmental challenges, the automotive industry is facing an unprecedented transformation, giving rise to new fields of innovation in sustainable mobility. In this context, the tire industry is facing paradigm shifts and needs to adapt its product offer, innovating in the area of energy efficiency, reduced maintenance cost and material consumption. Michelin UPTIS, a puncture-proof airless prototype for passenger cars, paves the road to this future. As a demonstration of Michelin’s proficiency in the high-tech materials domain, UPTIS revolutionizes the airless world, which was previously unachievable in passenger cars.